What is the Feature

The feature is very straightforward: when you are reading an article from a feed, RSS Brain will show related articles at the end. It’s a very common feature. What makes RSS Brain different are two things:

How do you configure the related articles? By default, there will be no recommended articles. But there is a button to let you add a recommendation section at the end of an article: 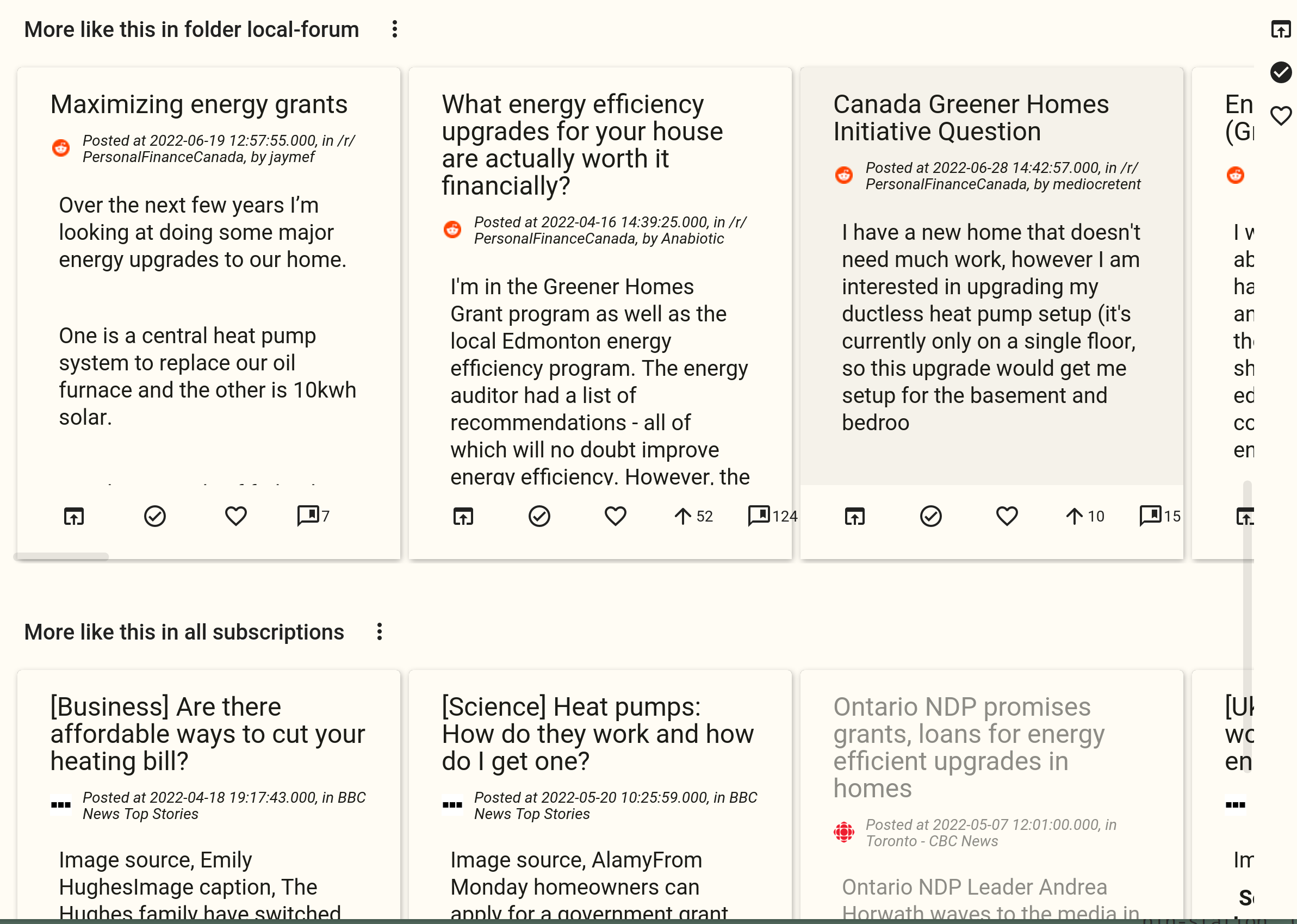 Why the Feature is Useful

The first way I use it is to find more discussions about this article. For example, you can configure it to show related articles from Hacker News, some Twitter account or from a sub Reddit. So that you know what other people think about this article, or about this topic.

How the Feature is Implemented

The algorithm to find recommended feature is content based instead of user based. RSS Brain doesn’t collect any user’s information in order to make personalized recommendation. It just find the related articles by how similar they are.

So we have the algorithm, how RSS Brain implements it in the code? We are using ElasticSearch under the hood. It’s widely used and open source. So for the APIs that RSS Brain is using, you can check the code for implementation details if you want. It has an API to find the term vector for an article, and we use the scores in the term vector to do a boosting query, which means do a search with different weights for each query term. For example, in the example above, if we want to find related articles for article A, we would find its term vector first, then convert the term vector into a boosting query that searches related articles by the query apple^0.5 boy^0.5 cat^1.

There are more details in this implementation, like adding filter on feed or folder in the query, limiting the term vector size and so on. The details can be found in the code once it’s open sourced. But the main idea doesn’t change.

With this simple and content based recommendation algorithm, instead of letting a black box AI decides what content are shown to you, I believe users can understand why an article is recommended, and judge whether the recommendation can benefit them or not.